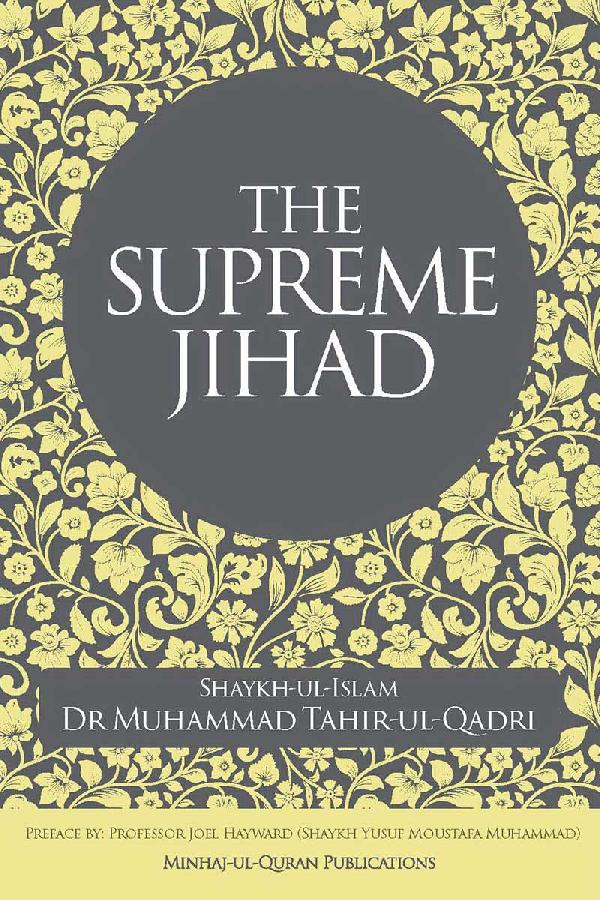 Jihad, a word popularly translated by the media as ‘holy war’, provides the ideological underpinnings to violent extremists, while at the same time informs the average westerner that Islam is a religion that advocates violence and barbarism. And yet the famous saying of the Prophet Muhammad, while returning from battle, “We have returned from the lesser jihad to the greater jihad” has ensured that to the majority of Muslims around the world, jihad primarily refers to the inner struggle against base desires, and the spiritual and moral endeavour to promote human values and achieve fairness and justice in society.

Many scholars, however, both Muslim and non-Muslim, cast doubt on the broad application that Islam gives to the term, and question the authenticity of the aforementioned statement of the Prophet. In The Supreme JIHAD which is an extremely important work, the eminent and renowned Islamic scholar, Dr Muhammad Tahir-ul-Qadri provides a meticulously researched study to prove that the Qur’an and authentic hadiths support the notion that the primary purpose of jihad is the purification of the soul and promoting good, while it also has a subsidiary meaning of legitimate warfare between combatants.

The value of this work in explaining the true concept of jihad according to the most authentic and reliable sources cannot be underestimated, not just for the Muslim readership, a minority of which is vulnerable to extremist propaganda, but also to the wider audience looking to discover the true meaning of such a provocative word.