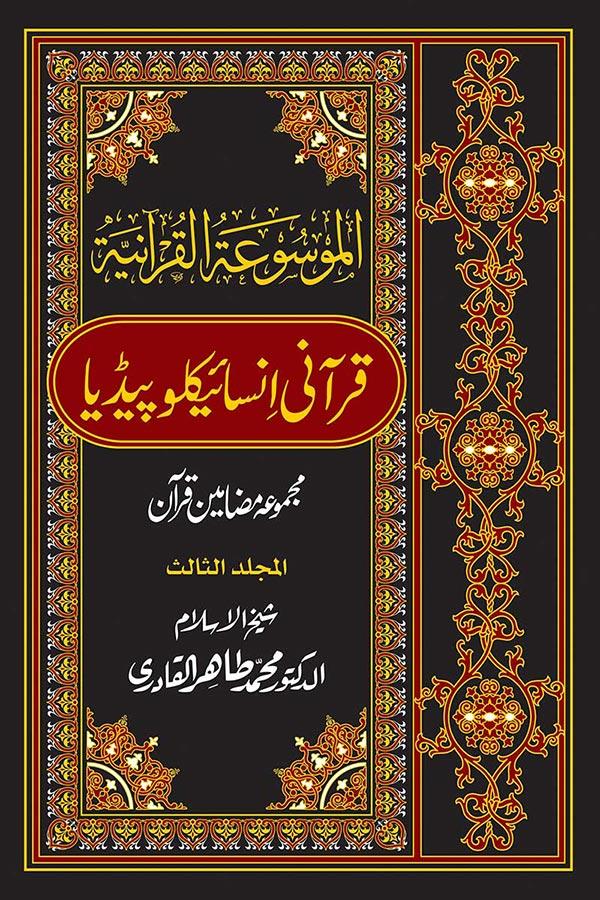 Category : The Quran and the Quranic Sciences

Volume 3: Belief in the Angels, the Divine Decree and Life after Death; Different Types of Worship: Marriage and Family Law; the Halal and Haram and Rights and Responsibilities

The third volume continues with the subject of belief in the divinely revealed books, such as the topics of respecting and revering the Qur’an, the blessings attained in adhering to it and the supplications of the Prophets (peace be upon them). After this, it then moves onto other areas of beliefs such as belief in the angels, the divine decree and life after death.

Some of the verses concerning belief in the angels, include verses on their existence, duties and the names of some prominent angels, such as Angels Jibril, Mika’il, Israfil, Harut and Marut, Kiraman Katibin and the Angel of Death. The existence of the Jinn is also mentioned as well as the reality of the Shaytan (Satan) and his enmity to the God-fearing people. Hopefully, this will motivate the reader towards the practice of pious deeds and abstaining from sin. There are verses pertaining to the Divine Decree (Qadr). Concepts such as the predestination of good and evil, and the concept of predestination held by the disbelievers and idolaters are covered.

Following on from this, belief in life after death, resurrection, the accountability and other related topics are also covered under dozens of subject headings, such as the events of the Day of Judgement, description of Paradise and its inhabitants, description of Hell and its denizens. The general knowledge of the lay Muslims regarding the life hereafter, the hardships and accountability of the Day of Judgement and the subsequent punishment and reward, is attained through the stories and accounts they hear from preachers. Through the Qur’anic Encyclopaedia, people of all academic abilities will be able to gain direct knowledge from the Qur’an about these realities.

After discussing belief in God, the different types of ritual worship are discussed such as the ritual prayer, fasting, the alms-due, charity, the Pilgrimage and the Visitation. Verses pertaining to their obligation and importance have been given as well as those that warn people who fail to practice them.

This volume also delves into family law, such as marriage and divorce, the veil, the rights of men and women, the wife’s right to separation (khula‘), the rights of widows and the injunctions pertaining to the waiting period (‘idda). In addition to family law, verses pertaining to the halal and haram are also given highlighting the things that are either permitted or prohibited in the Sharia.

The volume concludes with a chapter on the individual’s rights and responsibilities. The rights of parents, women, relatives, orphans, the poor and needy, neighbours, guests, employees and prisoners have been covered with reference to many Qur’anic verses, the study of which will be beneficial for not only lay people but also for lawyers and people involved in social work.